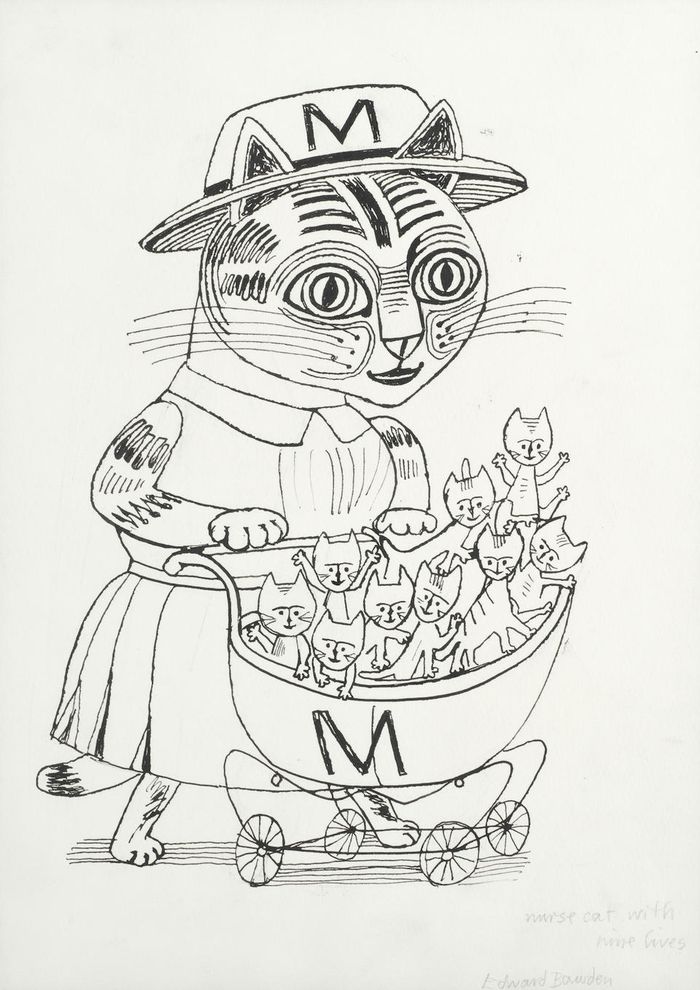 From a series of eight cat drawings by Bawden

Bawden developed a love of cats at a young age, copying Louis Wain’s cats whilst under ten years old. This cat love never left him, and in his later years his drawings of cats became yet more frequent and his cat Emma featured in much of his work. In an interview with House and Garden in 1987 he said, “No cat will suffer being lifted up and dropped into an empty space intended for her to occupy; that procedure led inevitably to Emma, tail up, walking away at once, so I had to wait patiently until Emma had enjoyed a good meal of Coley and was ready to choose her daily sleeping place, wherever it might be. I would then spring into action with a colour and colour.”

Doubtless he found it easier to draw an imaginary cat, such as this one. In this charming series of cats, they all have a function in life, my personal favourite being the ‘cat with nine lives’ clutching nine kittens.