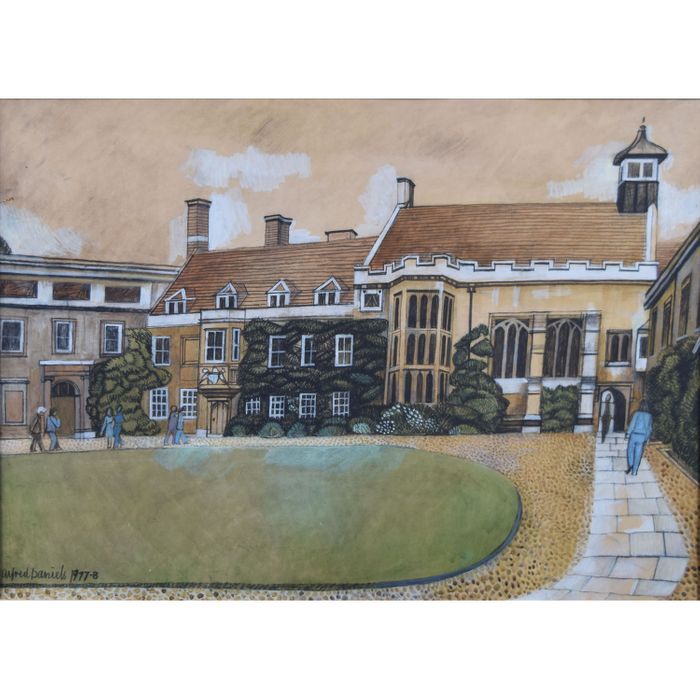 Born in the East End of London, in Bow, Daniels (known as ‘Danny’) was apprenticed to his uncle, a commercial artist based in Chancery Lane. Having served in the RAF during the war, he sent some of his wartime pictures to the Royal College of Art, following which he was accepted to study there. His pictures often have a narrative, often full of movement and people – he was once described as a Lowry for Londoners. Here we see members of the College going about their daily business.

He taught during the 1960s at the Hornsey College of Art and then the John Cass School of Art. A member of the Royal Watercolour Society from 1973 and of the Royal Society of British Artists from 1983. His works are in many public collections, including those of the Science Museum, the City of London Corporation and Magdalen College Oxford.